Fired for Taking a Soup Bone 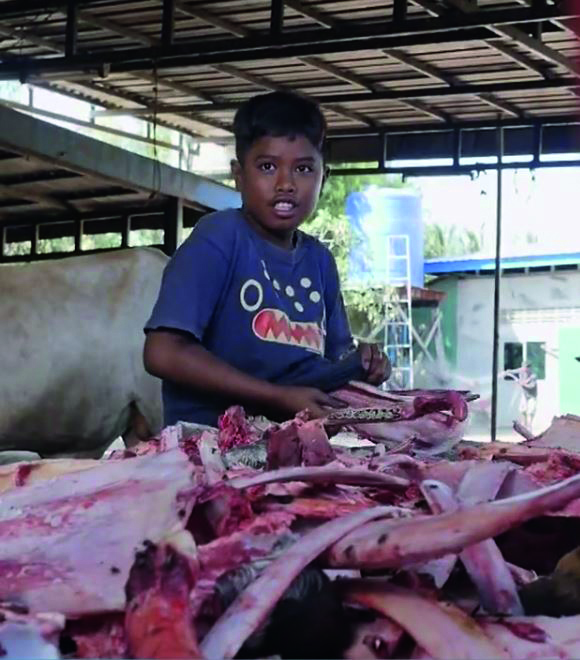 Every morning at 4AM, Channu walked to work with his mom this meat processing facility in Cambodia. Here they slice meat, render and cut bones. Channu helps his mom with clean up and heavy lifting, even though he is not yet a teenager. Channu dropped out of school to work, even though his mome is the only one who got paid.

His mom Keo told CBN that because Channu helps her work a bit faster, she earns a little bit extra. Without his help, she admitted that her family might stave. Even with his help, Keo only ears about $3 dollars for a 15 hour shift!

“I don’t make enough for 3 meals. We never have breakfast,” said the single mother with sadness in her eyes.

Sometimes they resorted to eating weeds and tubers from a swamp just to survive. One day Channu got so hungry he stole a bone from the slaughterhouse to make soup for his family.

When the boss caught me I felt so ashamed and I cried,” Channu admitted.
Then his mom got fired because of what he’d done.

“We left that place filled with shame,” said Keo. 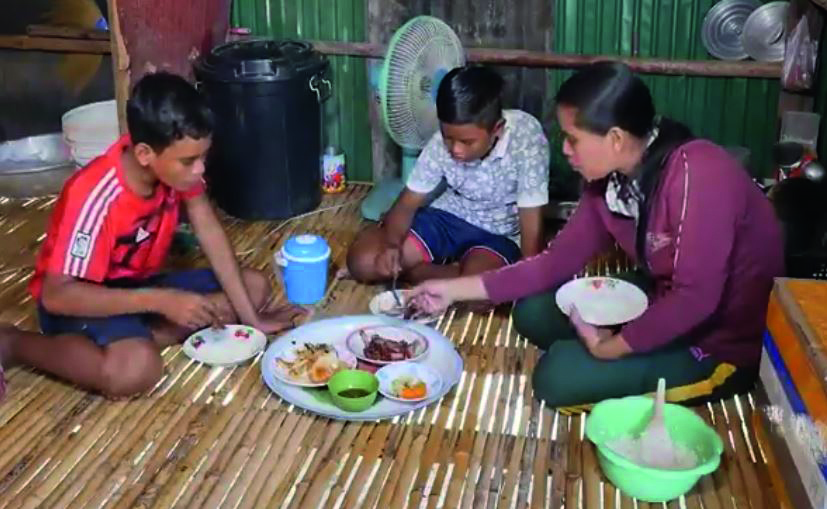 Keo was out of work for months and food got even more scarce.  She tried to get a job at a sewing factory where she’d once worked.  But it had shut down.   Then Keo met a Christian pastor supported by CBN’s Orphan’s Promise.

First we gave the family a supply of food.  Then, we gave Keo a new sewing machine and supplies to start a sewing business.

“With the machine I am repairing clothes, making table cloths and I make lots of kid’s school uniforms,  like i did when I worked in the factory,” said Keo with a confident smile.  “Now my boys will never starve again!”

Channu has now returned to school with a uniform made by his mom and his grades are soaring.  The family has prayed to become Christians.  And Channu even returned to the factory where he once worked and made restitution for the bone he’d stolen.  He told CBN that he “felt so light” after he did that!

“CBN’s Orphan’s Promise gave us the sewing machine, food and uniform to me! I want to say thank you for helping us with everything!” added the young boy with a smile.